Rain Perry on "The Shopkeeper" 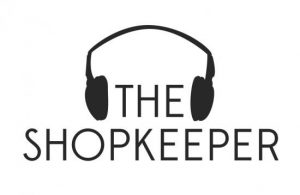 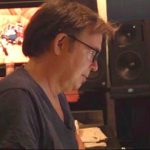 Ojai musician singer/songwriter Rain Perry’s foray into filmmaking has resulted in a thought provoking, fascinating look at the music industry and how it has evolved the past fifty years. The film highlights the career of musician/producer Mark Hallman of Congress House Studio out of Austin, Texas. To make the film, Perry teamed up with Micah Van Hove, Director of Photography, who taught her invaluable lessons on filmmaking. Perry was able to produce the film as a result of a successful Indiegogo campaign.

The Shopkeeper gives a better understanding of the struggles musicians face asking the question, “Everybody can make a record, but nobody can make a living. Is there a problem with that?” The film is an excellent platform for starting that dialogue not only with musicians, but with music lovers and our responsibility when it comes to supporting artists

This is a must see film for artists, would be artists, and music fans, especially those who incorrectly believe music is free.

Ventura Rocks:  How can someone be able to see your documentary after this weekend? 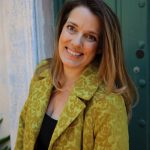 Rain Perry:  Two ways: I am building a grassroots tour with events much like the premiere last night – where local musicians perform and we screen the film and hold a question-and-answer session at the end to talk about the issues raised by the film.

I will also be releasing the movie on DVD and for rental through my own website. And then ultimately it will be available on iTunes and Hulu but that will be a little later.

VR: When did you start production?

Rain Perry:  We shot our first footage in May 2014. With a little bit of footage shot and our first couple of interviews, we created a pitch video for our crowdfunding campaign, which ran throughout the summer of 2014. When that was successful, we planned our filming for the weekend of the Congress house anniversary party – which was five days of pretty constant filming. And the rest has been intermittent trips here and there – to interview Ani DiFranco before a concert in Napa, for example, and to the east coast for a few interviews.

VR: Name a couple of highlights while working on The Shopkeeper.

Rain Perry:  In many ways this was a very easy movie to make because everyone loves Marc so much they were happy to talk about him. Another highlight was working with my director of photography, Micah Van Hove. His work ethic, humor, and eye really made the movie.

And, finally, I was able to license every single song I wanted for the movie, for which I am incredibly grateful to the musicians.

VR:  What do you hope people will take away from it?

Rain Perry:  After both screenings this premiere weekend, we had awesome spirited conversations about the issues raised in the film. I want to educate people who maybe haven’t thought about this what it takes to create great music. And I want to take the knowledge and expertise of working musicians to see if we can’t brainstorm some solutions that will actually work for artists and for listeners.

VR:  What was the biggest lesson you’ve learned about film making?

Rain Perry:  Every lesson was my biggest lesson because I had no idea how to do this. Like, I figured out that I could transcribe all of my interviews using Siri. I would put on headphones and listen to the interview and dictate what the person was saying. That saved a lot of time. I created a massive database of every shot and every little sound clip so that I could search for, for example, everything everybody said about Spotify, or every piece of footage having to do with Tom Russell or whatever.

But mostly I really benefited from the expertise of Micah, who in addition to being a great camera man has been my own personal film school.

If you want to learn something frightening, read Perry’s blog on her calcuations on how much each spin earned her on Pandora and Spotify, Rhapsody and other services.