Music documentary-in-the-making The Shopkeeper looks like quite the double-edged sword (or double-sided guitar pick – more on that below). On one hand, singer-songwriter and first-time filmmaker Rain Perry is making a heartfelt ode to her Austin-based producer, Mark Hallman, and his locally legendary Congress House studio. But there’s more going on here than another cinematic example of Austin’s music scene celebrating itself. Perry elucidates the stakes in the opening lines of her Indiegogo campaign for the film: “Everybody can make a record, but nobody can make a living. Is there a problem with that?”

To wit, in the age of bedroom recording and Bandcamp, it’s easier than ever to make and release music and harder than ever to make money from it. Perry, best known nationally for writing the theme song to the 2010-11 CW series Life Unexpected, approaches that familiar conundrum via the precarious existence of Congress House, where Hallman has producedCarole King, Will Sexton, and Fairport Convention’s Iain Matthews, among many others, and recorded, mixed, or mastered a dizzying array of artists, from Ani DiFranco and Daniel Johnston to Oasis and Spoon. In the brave new world of the 21st-century music industry, Perry asks, whither the people and the places “who create the music we’ve loved?” Or, as musician and Congress House intern John Pearson puts it in a prospective clip from the film, “I think it’s very shortsighted to think that just because you can do something cheaply and alone that you should.”

These are good questions, and, an in age of crowdfunded creative self-starters, not simple ones. (Perry and her cinematographer/editor, Micah Van Hove, are making The Shopkeeper cheaply and pretty much alone, as the director acknowledges: “The crew is two people, Micah and me. Our gear consists pretty much of Micah’s Blackmagic camera and some borrowed lavalier mics.”) And there’s much to be said for tackling them not through another dour postmortem on the sorry state of the biz but through a portrait of a singular figure whose largely behind-the-scenes work has helped shape Austin’s thriving folk/roots scene and the larger singer-songwriter landscape. 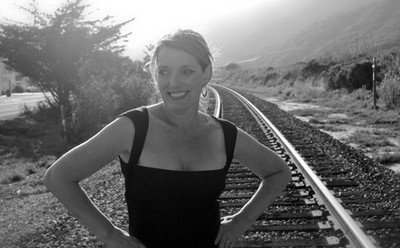 It also doesn’t hurt that the filmmakers are crowdfunding veterans who’ve put together a campaign that pushes a lot of indie-minded music fans’ buttons while offering fun perks like Perry’s homemade “like crack” chocolate sauce; an artistic mood swing pendant” of guitar-pick-shaped aluminum hand-stamped with “I Rock” on one side and “I Suck” on the other; and videos of Perry doing covers suggested by her Facebook friends, a new one for each 50 backers, available only to contributors. (At the 100 mark it’s “I Wanna Be Sedated.”) The perks start at a buck so “even broke musicians” can take part. (And it’s an actual perk – Perry and Hallman will perform a song with the names of all $1 donors.)

The goal is $28,000 by September 2 to pay for pretty much everything – principal shooting, post-production, music licensing, the Indiegogo campaign itself, all in service of celebrating a bastion of craft and authenticity in an ever-quickening world. Click o on the widget to contribute or learn more.