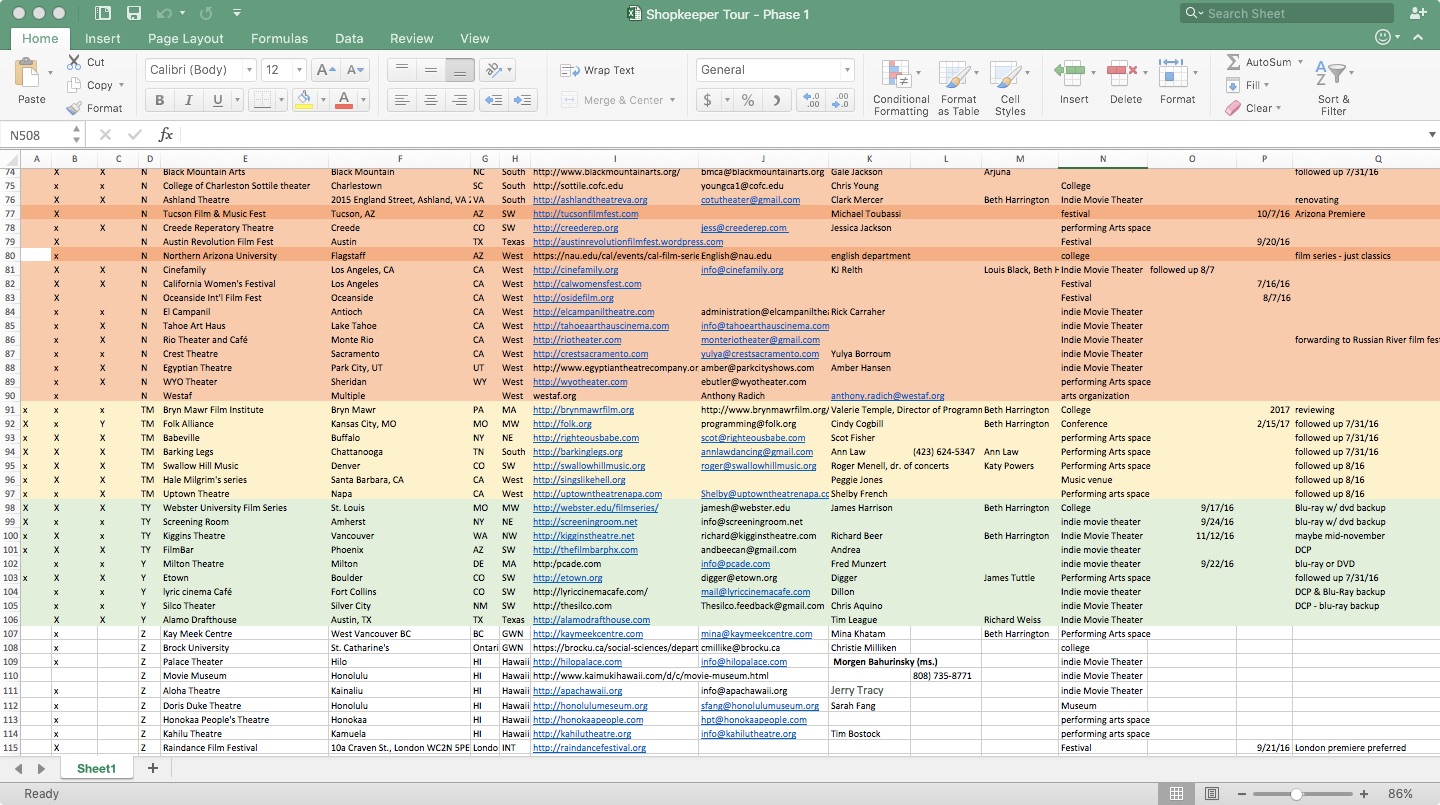 My friend Kim Maxwell likes to gather her fellow performers, hold hands backstage, and do a "hooky spooky." She appeals to "my higher power, I still don't know what to call you" for the power to "fling ourselves wildly into the void" as we hit the stage.

That is what I am doing as I launch my film into the world.

I submitted The Shopkeeper to festivals, got into three and am waiting to hear back from some more. It's become clear that, while I'm very proud of my first (and maybe only!) movie, it's not an award-winning work of film so much as a mission. It has a lot of heart and it does what I was hoping it would do - tells the story of Mark Hallman in a funny, heartbreaking at times and entertaining way. In doing so, the movie shows what's changing in the music business. It moves people and gets them talking and that is the job I set out to do.

So I may get into more festivals, which would be lovely, but I decided the right thing was to simply hit the road and start showing the movie and sparking a conversation about what are we supposed to do now that music is free?

So I've been booking, booking, booking. I've made a massive list of every single indie movie theater in the country that might show the film, every college with a music industry major, every museum that shows indie films. The list is 507 entries long. If I can get a 10% return on the unsolicited emails I'm sending, I'm going to consider it a huge success. So far 53 venues have said no, 53 have said maybe and nine are solid yeses.

I decided that, at least for the first dozen screenings or so, I'm going where the movie goes. I want to be there when my film is first seen, and it's interesting for audiences if the director appears at a post-screening talkback. And I want to hear the questions they ask and the ideas that are generated, because the main point of all this is to try to solve this maddening problem about what's going to work for artists today.

So for most of September I'm going to be on the road, from Phoenix to Silver City, and then from St. Louis to Delaware to upstate New York, then on to Denver and Fort Collins and Boulder. I'm working on trips to Northern California and the Pacific Northwest, and also another journey to the South.

After the film shows in theaters, I'll move on to the House Concert phase. The people in the movie are the kind of artists who routinely play house concerts, and I am going to reach out to the venues where they perform. I'm convinced this is the heart and soul of the movie - to be seen in a living room by a group of music lovers and talked about afterwards.

And, then: international promotion to places like the Netherlands and the UK where there is a large fanbase for Americana music. And finally: DVD and Video on Demand (Hulu, iTunes etc.)

SO! I want you to see the movie, and the best way to see it is with a group. If you have a place in mind to screen the movie, let me know! It doesn't have to be a theater at all.

Thanks for being with me on this - to use a cliched but appropriate term - journey. We're off!