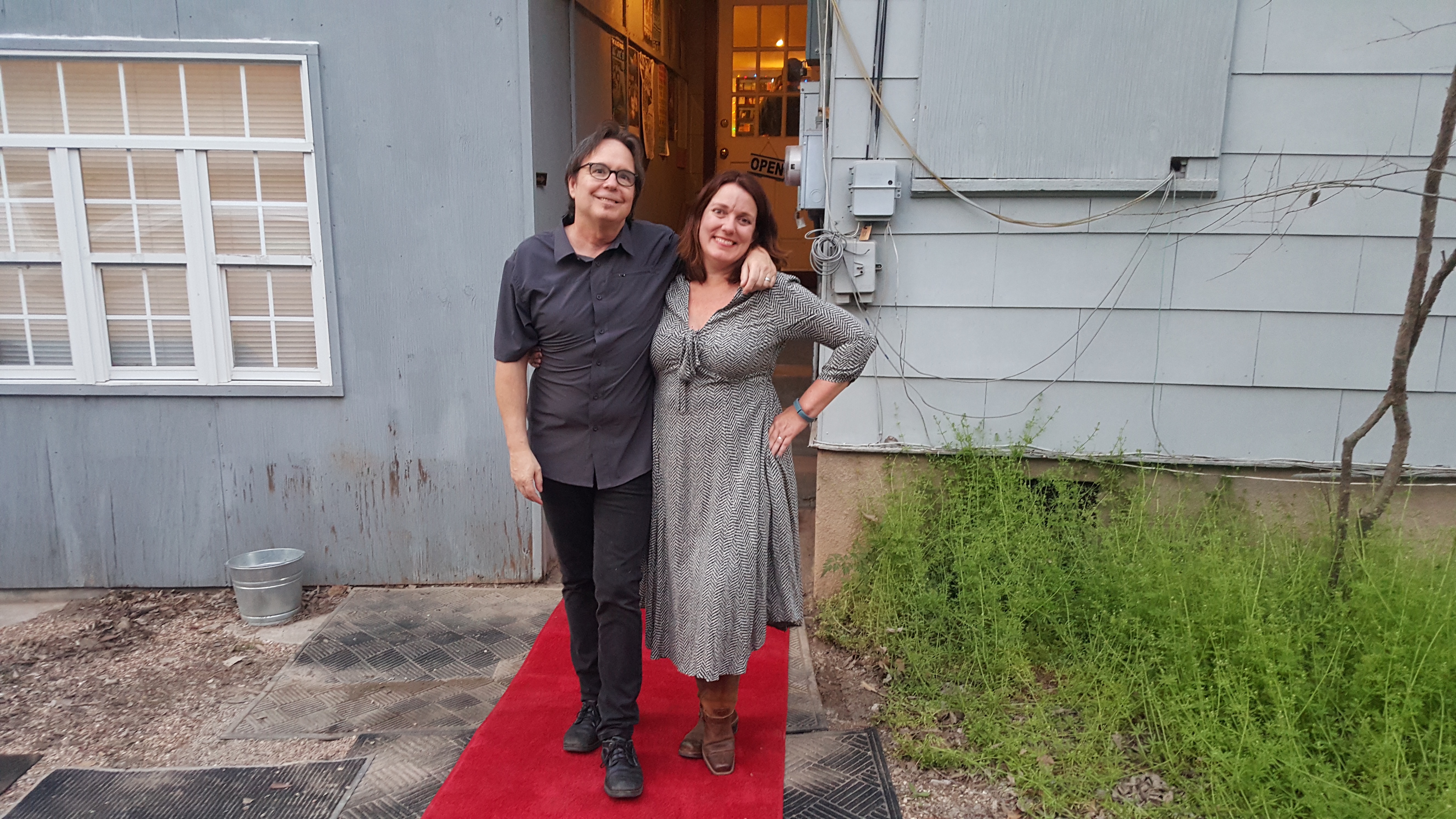 Gill’s words immediately came to mind when I got word of Rain Perry’s documentary, The Shopkeeper, which chronicles the story of a record studio and cadre of independent musicians in Austin, Texas. First and foremost, first time movie make Perry is a musician, so the subject matter of the film – the often conflicting goals and needs of musicians versus those of the technology industry – hits particularly close to home for her. She has seen first hand the effects – both positive and negative – that the always evolving technological innovation can have on her life and livelihood.

What began as a small idea evolved into a poignant and relevant documentary on the struggles of everyday musicians around the country.

I recently caught up with Rain Perry about balancing technology with musical tradition, making the movie, and where she goes from here.

BRO – What drew you to the story of Mark Hallman?

RP – Mark is my own record producer. We’ve done three albums together. He and I were talkign about his plans to celebrate 30-plus years of his studio, Congress House, which evolved into the idea of filming the party. Somehow, that morphed into me making a documentary about him and his studio.

BRO – Your biggest challenge as a first time movie maker?

RP – Not being a movie maker! When the idea was brewing, I reached out to a talented filmmaker friend, Micah Van Hove, who had directed a music video for me and with whom I had a good working relationship. He became my director of photography and also my own personal film school. We made the movie as a crew of two, which worked very well for a film about a small recording studio. No lighting, no big crew. Just Michael and his shoulder-mounted camera and me asking questions. Also, I just watched a ton of documentaries and studied the best ones for structure and interviewing technique. It was definitely a “learn while you go” situation.

BRO – How do you think we should balance the ever changing technological landscape with the real time effects it has on the working musician?

RP – First of all, artists should educate themselves. Spotify and the rest of these online platforms have done a masterful job with two things that work against artists. First, they’ve taught a generation of music fans that they have a right to expect access to every song they want to hear and that paying for music is silly. Second, they’ve convinced musicians that they’ve got to be on Spotify to have a career these days. Musicians need to evaluate the pros and cons of allowing Spotify to profit from their work and make strategic decisions for their own careers. It doesn’t need to be a given that they have to make all their own work available for free (or nearly free) streaming.

BRO – When you finished this project, would you describe yourself as more hopeful or more worried for the independent musician?

RP – I would say I was more hopeful. Every time I would get to a dark place on the topic, Mark would force me to be more optimistic. He sees a lot of good in the current model, that because they don’t expect to profit, artists are freer to make the art they really want to make, instead of chasing a label deal.

BRO – Now that you’ve completed your first film, what’s next?

RP – It’s time to get busy writing songs for a new record. That and promoting the film and using it to spur conversations like the one we’re having right now.

For more information on how to see The Shopkeeper, surf here. You can check it out at home or attend a community screening near you, and feel free to offer up a financial donation for the cause.