Rain at the Movies 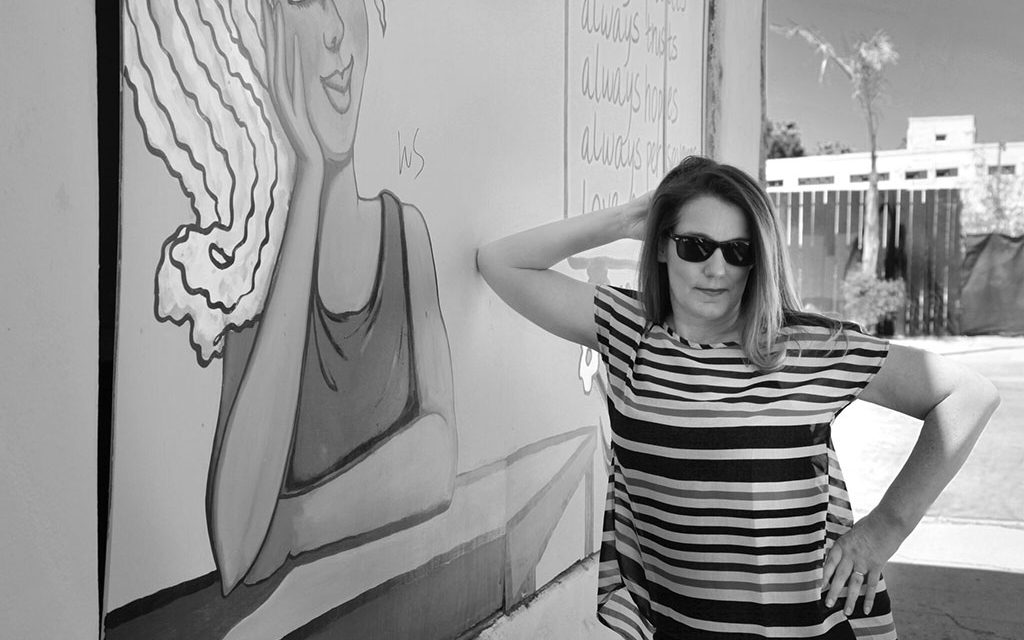 The multitalented Rain Perry has been a fixture in the art, culture and music community for years. The Ojai singer and songwriter has released multiple records, sung the theme song for a national TV show, made an appearance on that same show, written and performed a play based on her own childhood, and played host to countless songwriting workshops, classes and house concerts.

Not only has she done it all, she’s done virtually all of it on her own in DIY fashion. So just when one thinks there’s not much left for Perry to do, she takes on one of the most daunting creative projects imaginable: making a movie. We’re not talking some short film, either. Perry has made a full-fledged feature-length documentary, The Shopkeeper, which just had its world premiere last weekend in Ojai.

While Perry’s own life would make a pretty interesting documentary in itself, she chose instead to make her music producer, Mark Hallman, the subject of the film. With no background whatsoever in film and an extremely limited budget, Perry dove headfirst into a new medium, determined to introduce the world to a man who she believes deserves more attention and credit for his life and work. While telling the Austin-based producer’s life story, she also chronicles the sudden decline of the music industry.

The film, narrated by Perry, starts with a quick overview of her own journey in music and how it brought her to Hallman and his quaint but welcoming studio, The Congress House in Austin. From there the film tells Hallman’s own amazing story. A Beatles-loving kid who devoted his life to music, he came of age in the glory days of the industry. After starting several bands, Hallman gained success in the late 1970s and early 1980s working directly with Carole King and Dan Fogelberg as well as with his own band, Navarro.

Relocating to Austin and opening The Congress House Studio, Hallman gained a reputation as an artist-friendly producer and a gifted multi-instrumentalist. Working with a who’s who of artists, many in the singer-songwriter genre, from Ani Difranco to Tom Russell, Hallman and his studio have become legendary over the 30-plus years of their existence.

A lot has changed for the music industry, however, and virtually none of it good for producers like Hallman, let alone for artists like the Sara Hickmans and Eliza Gilkysons of the world who frequent The Congress House. Musicians such as these are not exactly household names, but they are accomplished, hard-working artists who have spent years perfecting their craft. These artists were once the middle class of the music industry, but now find themselves at a crossroads, wondering how to exist in a world where most people no longer buy music.

That’s the story or, rather, the question, that Perry attempts to tackle in The Shopkeeper. How do artists, producers and studios that aren’t part of the “1 percent of the music industry like Adele or a Taylor Swift” make a living in the current climate of streaming music, which for all intents and purposes has become free music?

While Perry may not necessarily answer that question in The Shopkeeper, she does certainly open up the topic for conversation. Countless artists associated with Hallman, from those who have had legitimate success to forgotten names in music history to his own friends and family, weigh in on the topic, often in poignant fashion.

Since its world premiere last weekend, The Shopkeeper is off to a great start, with two packed screenings and a lively and spirited post-show conversation with local musicians and the audience.

Perry intends to take The Shopkeeper “on tour” this year, and is currently lining up screenings everywhere from film festivals to libraries to schools to private homes. The plan is to conduct a conversation with the audience after every show.

As Perry sees it, “The film is just as much about telling Hallman’s story as it is trying to open up a discussion about the music industry and make a real change in the process. It may be a lofty goal, but I really think the movie can cause some change in how people appreciate music and how musicians approach releasing music.”

It is a lofty goal, and perhaps even an impossible one, but if any person can make a film that has the power to change a whole industry, or at least shake it up a little, it certainly wouldn’t surprise anyone if Perry is the one to do it.