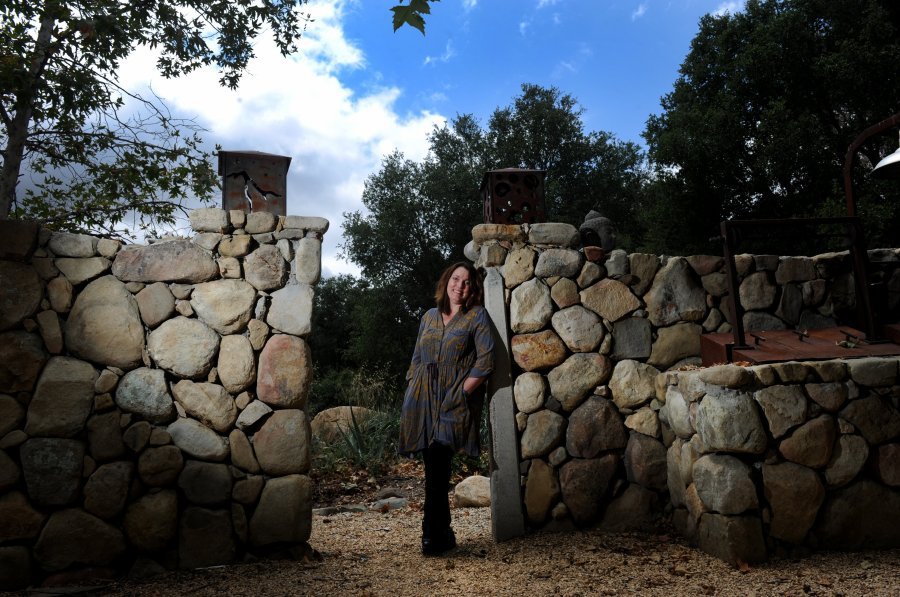 By Karen Lindell, Special to The VC Star

The brew at a mom-and-pop coffee shop is subtle, classy, beloved, one-of-a-kind.

Record producer and multi-instrumental man Hallman is the subject of Ojai folk singer-songwriter Rain Perry's new documentary "The Shopkeeper." The indie film, two years in the making and financed via a $28,000 Indiegogo crowd-funding campaign, will have its world premiere at the South Bay Film & Music Festival in Manhattan Beach on Friday and a red-carpet gala debut at the Matilija Auditorium on Saturday.

The self-deprecating Hallman calls himself a "shopkeeper" because he runs a tiny recording studio in Austin, Texas, called Congress House — so named because it's on South Congress Avenue. Perry said the film's title "just describes the ethic of the place: It's small and humble but does great work."

The studio, although not a household name, is a down-home Abbey Road for Perry, Ani DiFranco, Charlie Sexton, Tom Russell and other singer-songwriters who adore Hallman's music-whisperer ways of working with them.

Singer Sara Hickman says Hallman "knows what to bring to your voice to elevate who you are instead of smothering it, covering it, which is what a lot of producers want to do."

The "Shopkeeper" title also fits because the film follows Hallman's career arc to explore the transforming music business, especially the loss of "middle-class" musicians struggling to make a living in a digital world.

"I think of Mark as a microcosm of all the musicians and artists trying to figure out how to have a business in this era when their art is expected to be free," Perry said. "You've got big stars like Adele at one end, and people recording in their bedrooms on the other. But the in-between acts, the infrastructure that supported the industry, are going away."

But in the age of Spotify and similar services, she said, her streaming revenues are miniscule compared with iTunes sales.

The "Shopkeeper" crew consisted of two people: Perry, as director, producer, narrator, publicist, distributor, etc.; and fellow Ojai resident and filmmaker Micah Van Hove as director of photography. Perry had zero experience at making movies, but she worked with Van Hove on a music video and was impressed with his camera prowess.

"The Shopkeeper" is structured as three parallel stories. The first describes Hallman and his career, from when he was a kid who started a Beatles-like band, to his collaborations with musicians like Carole King and Mark Fogelberg, to his work as a producer. The film also features interviews with artists he's worked with, including DiFranco, all of whom eagerly agreed to share warm thoughts about Hallman. The third thread follows changes in the music industry throughout Hallman's career, with all three stories coming together at a party for the 33 1/3rd-year anniversary of Congress House.

Perry said the idea for the film started as a conversation about Congress House's 30-plus years of operation.

"I told him, 'It's a big deal; you need to celebrate.' I was thinking small, like a 'Men of Congress House' calendar, but that turned into a conversation about having a party, and needing someone to film the party, and Mark suggested me."

Perry said the film is not meant to scold people for streaming or downloading music for free. She doesn't barge into Spotify's offices a la Michael Moore. But she does hope to start a conversation.

Perry plans to build a grassroots, event-based tour for the film, similar to Ojai's Saturday premiere, which will include live music and a panel discussion with local musicians.

"I want to use the movie as a tool to talk to people, both listeners and musicians, and spark a conversation about what will work for everyone," she said.

"My goal is to leave people saying, 'I love music. Whether I play it or listen to it, it's so important to me, and I want to figure out how to keep that going.'"

She's already make an impression on "Shopkeeper" videographer Van Hove. He admits that making the film opened him to new perspectives about artistry and commerce.

The documentary, he said, "is a love letter to people who exemplify the spirit of music makers everywhere, who want to create and have a career, and family, and community around their work."