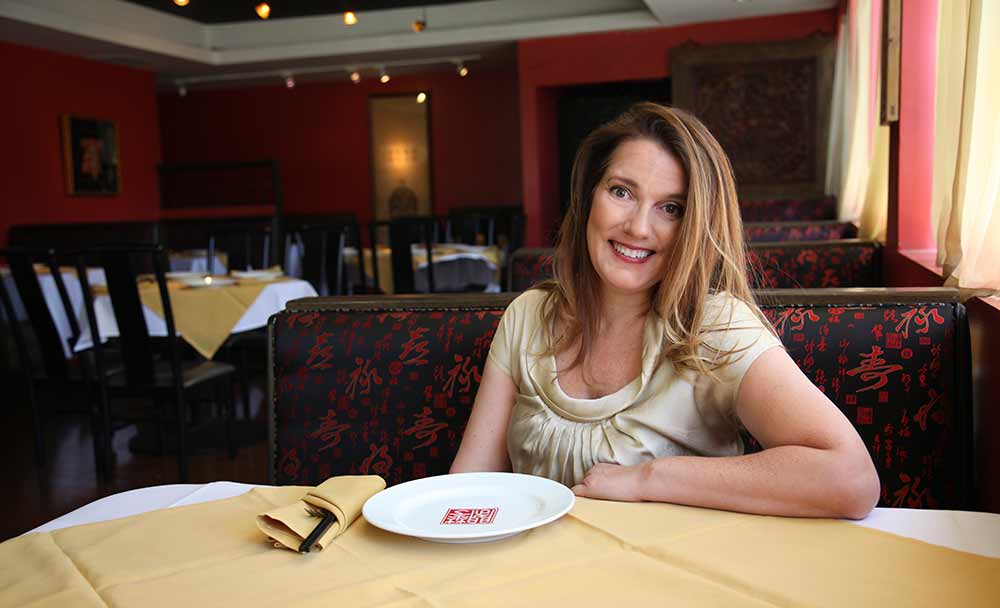 Full Disclosure: I’ve known Rain Perry for more than 30 years. We shroomed on Ventura beach back in the 1980s, slogged through the agony of high school together in Ojai, and stared up at the stars on one too many summer nights wondering what we would end up doing with our lives.

Full Disclosure: I’ve known Rain Perry for more than 30 years. We shroomed on Ventura beach back in the 1980s, slogged through the agony of high school together in Ojai, and stared up at the stars on one too many summer nights wondering what we would end up doing with our lives. Rain went on to become a successful songwriter and musician while I went on to a series of mishaps that brought me here. She’s always been someone I greatly admired, not just for her dark and dirty sense of humor but because life threw at her a series of difficult situations that she somehow managed to overcome. Her mother died when she was just five years old, leaving her in the care of her father, who wasn’t anywhere near ready to become a single parent. All she ever wanted to do was play guitar, which she began learning as a teenager, but when she  got rheumatoid arthritis she could no longer play. None of that defines who she is and none of it has derailed her own evolution as a mother, a wife, a musician, a writer and now, a filmmaker.

Since we’re all about helping women filmmakers when we can here at awards daily, I thought I’d ask Rain a few questions about her project. Budding filmmakers out there might find some of this interesting.

1) What’s more embarrassing, that we were in a high school drama department called NAG (Nordhoff Actors Guild) or that we were once drunken wenches on the kissing bridge at the Renaissance Faire?

Ha! Well, as I recall, you were repeatedly dragged off to the kissing bridge due to your hotness. I may have found myself there once or twice. Oh, those were the days. But I still think everything about Nordhoff Actors Guild beats even the Renaissance Faire.

2) Seriously, what made you decide to make this film? Why this story? Why now?

I actually did not plan to make a movie at all. My producer, Mark Hallman, who has worked with a lot of important singer-songwriters including Carole King and Ani DiFranco, is celebrating the 33&1/3 year anniversary of his recording studio, the Congress House in Austin Texas, this year. He’s an unsung hero of music, as far as I and his many devoted clients are concerned. I got to thinking about Mark and his battle to keep his studio open as the music business implodes. I realized that you could actually tell the story of the rise and fall and uncertain future of the singer-songwriter genre through him and his clients. So then I thought, “someone should tell that story.” And I began to realize with some panic that “somebody” was going to be me. Also, the issues I’m addressing in the movie are issues I’m wrangling with in my own professional life. I’m working on a log line about it – something like “everybody can make a record, but nobody can make a living.” What is that going to mean to the music we love and the artists who make it? It’s a big question of the day.

3) What has been the hardest part about the fundraising? You’re starting a campaign on Indiegogo. How difficult has it been?

Well, the Indiegogo campaign is the very beginning of the fundraising. Because we are doing this so lo-fi – just my Director of Photography Micah Van Hove and his Blackmagic camera and me – we have very minimal production expenses. We spent one weekend so far in Austin shooting a half dozen interviews and a bunch of B-roll and sleeping on the Congress House couches. What’s going to be expensive are the rights to the songs I want to use. I want every song in the soundtrack to have been recorded by Mark and of course I have a list of songs a mile long that I want to use. So we’ll see. The documentary “The Wrecking Crew” held a crowdfunding campaign because they needed to raise a quarter of a million dollars to clear their songs. (The were successful and it was a great campaign.) I’m not using a bunch of huge Beach Boys hits, but still, it really adds up, and part of my goal with this movie is to actually pay some of the songwriters I love a little money for their music.

4) In your music career, did you find any roadblocks about the way the music industry works now?

The road doesn’t exist anymore, it’s washed out. Let me give you an example. At one point while my song “Beautiful Tree” was the theme song to the CW Network’s Life Unexpected, I got my BMI statement and I had 250,000 streams between Spotify and Pandora. Guess how much money that added up to? $27.00. I figure I will just go from not making any money in folk music to not making any money as a documentary filmmaker.

5) What is the production timeline?

We’re going back to Austin in October to shoot the anniversary party and do a bunch more interviews. Then we will have a few more trips to interview a couple more folks-to-be-announced. So I expect to be done shooting early next year, and I’m planning to release it next fall. This is my first film and I’m learning everything as I go, so this production timeline is totally theoretical. But the DP, Micah, is going through the festival & release process currently with his feature Menthol, so I’m relying pretty heavily on lessons he’s learned, and asking lots of good people for guidance.

6) What is your hope for this film? Whom do you want to reach?

Well, of course I want everybody to see it! But I think it’s of interest to music lovers of all kinds – anyone who likes Carole King or Ani DiFranco or Tom Russell or Eliza Gilkyson, obviously. And I think it will be illuminating to anybody who’s following what’s going on in the music business because we are getting some great insight into how things have changed and some spirited debate about where we ought to go next. But honestly, it’s going to be heartfelt and funny and hopefully entertaining, so I think it will have general appeal. I don’t really care much about horses, but I loved Buck. I think people will love Mark Hallman and really be rooting for him.

7) What was more embarrassing, that I had an “I heart being” bumper sticker or that you tried in vain to teach me how to sing Feelin’ Groovy for an audition (which I didn’t get)?

I think the bumpersticker wins, but what was that song for? I have a vague memory of that but what were you auditioning for??? But don’t forget how bitchen we were when we translated “I heart being” into french and went around saying “J’aime être.”

It was for, are you sitting down? L’il Abner at the Community Center. How could you forget??

8) Do you think you have more interest in making films now or making music or will you always do both?

I am making this film. I guess we’ll see what happens with it! I want to make a movie about Mark – I’m passionate about him and about what might be a great cultural loss with the way things are going in the music business. I don’t know if I’ll want to make another film after that, but I will certainly always be making music.

9) Now we both have almost half our lives over with, do you have many regrets? Are you happy with how your turned out?

I am happy with how my life turned out. I love my kids and my husband and the people I get to work with and the fact that I have figured out how to have an imperfect career as a musician. This is going to sound really cheesy, but what you and I were dreaming of, looking up at the stars, was an artistic life, and I have one. I do compare myself to some of my peers and covet their careers, though, I can’t deny that, though I know everybody is scrambling at this point.

10) How does Rain Perry define herself?

Oh boy – Okay, how about this? I’m a devoted wife and mom who loves hanging around guitar players.

That works for me.

If you want to contribute to Rain’s new doc, there is an Indiegogo campaign towards the effort.

You can find out more about Rain and her life by visiting her website, which has links to stories that have been written about her and links to her music. These are my favorites:

Girl in the Boys Room

In case you were wondering what Rain and I were doing at the Renaissance Faire, here we are with some friends back in the 1980s.

That’s Rain and I on the bottom right.